WELCOME TO OUR PANCAKE HOUSE

Come by and taste our giant pancakes

About The Pancake House

We value a relaxed and unpretentious atmosphere very highly. Here you will therefore find Madam Blue in the window sill, and old pictures on the walls from a bygone era.
We try to maintain the cozy and intimate atmosphere and atmosphere, and in this connection have made a choice whether we do not hold parties and larger parties in the pancake house. You can reserve your table in advance, but are also always welcome to just come by to see if we have available space. However, we always recommend a reservation if you want to be sure of a table as we are often busy. It is not possible to reserve a table outside.

We love pancakes, and with inspiration from the French crepes, we only have pancakes on the menu, both with delicious meat filling and salad, and in addition of course classic dessert pancakes with sugar, ice cream, chocolate sauce and other delicious. Several have told us that they are pretty sure that it is Denmark’s largest pancakes, and we actually think they are right, as our pancakes are huge. Our large pancakes are made with wheat flour, and are always completely freshly baked when served. Unfortunately, we do not have the opportunity to offer gluten-free pancakes.

The story of the Pancake House

The framework of the pancake house is an old low-ceilinged house from 1860.
When the house was built, it was still Danish and built for a family in the countryside. That changed in 1864, and until 1920 it was Germany here on Genner Hoel.
The Germans built Æ Kleinbahn, which was a train line that ran from Aabenraa to Løgumkloster, the train was in operation from 1901 to 1926, and went right past Genner Hoel. After the vote in 1920, when the population voted South Jutland back to Denmark, the area became Danish again, and we often imagine life here with chickens, kitchen garden, a few pigs and cows, and a well in the yard where you could pump water.
Just after World War II, the place was transformed into an excursion site when a small ice house was built by the road. The traffic was increasing as people got cars to drive in.
The house was expanded, and was eventually transformed into a cafeteria, where especially dog food was a hit on the menu, it now became a place where especially truck drivers took their break when they had to drive fish from Hirtshals and further out into Europe.
In 1960, construction was completed, and the extension became a bowling alley and disco for the locals. We have taken over and saved the records for the jukebox. In the late 70s, the highway came along and the amount of trucks on the country road thus dropped drastically.
The extension was converted into a ballroom where many locals held parties, christenings, confirmations, weddings and round birthdays. At the same time, one could visit the restaurant for today’s dinner and a shooting star in the summer.
We took over the place on January 1, 2012, and started to develop the concept for our cozy pancake house.

We are open during the summer, from Easter to approx. October 20th. In the low season we have limited opening hours, and during the school summer holidays we are open every day.

See our opening hours here on the website . Our phone is open for reservation on all our opening days between 9 and 11, but our table reservation can be used around the clock. 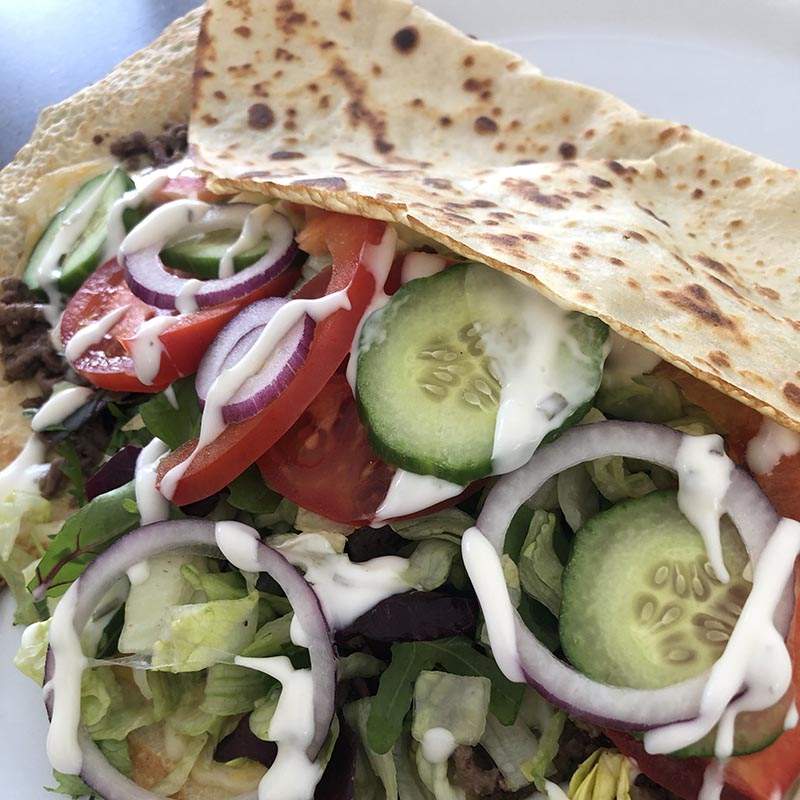 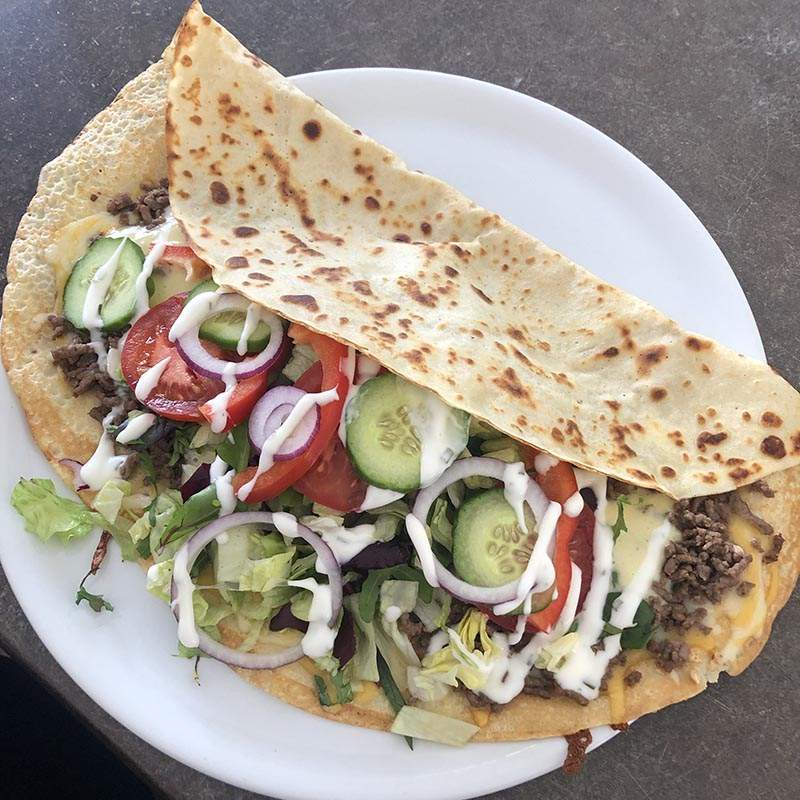 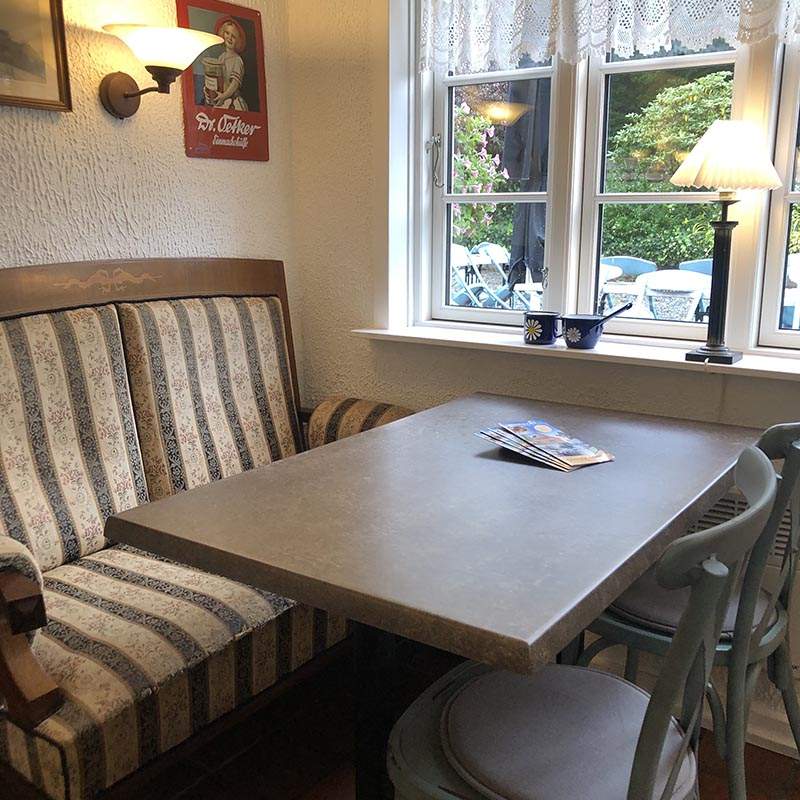 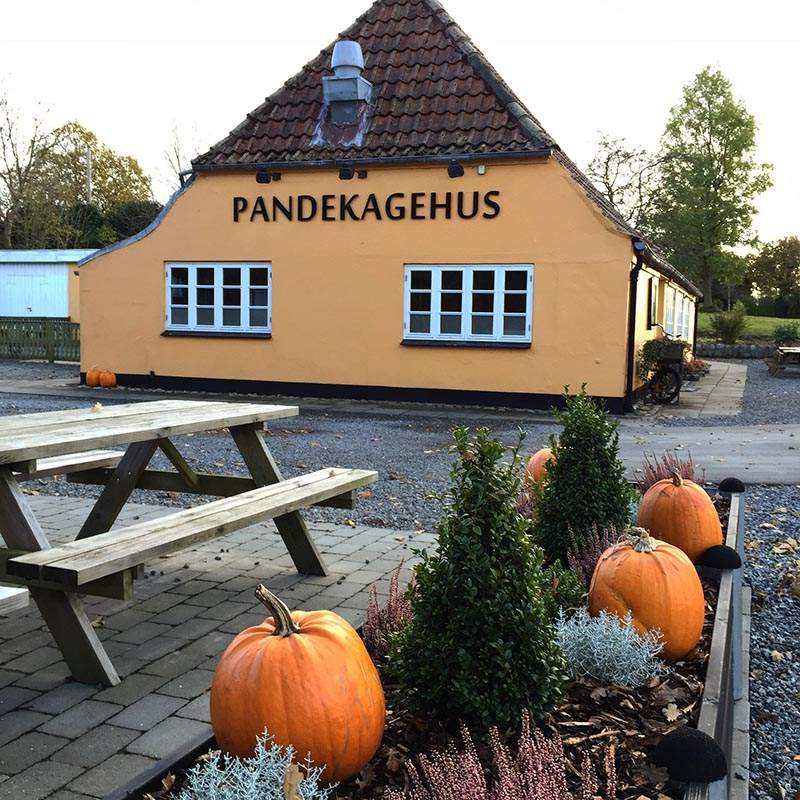